India is almost a continent given its size and its eclectic culture. A country of extremes, you will be seduced by the busy cities that never sleep, and at times you will love its surprising serenity.

India is so rich that it is impossible to list everything. The fabulous palaces of Maharajas, the sacred towns bordering the Ganges, the Backwaters in Kerala, the Himalayan mountains… It takes several trips to discover India, so when is the first?

India is generally visited in two steps- North India and South India. A trip in the North begins with the visit to the golden triangle, with the capital New Delhi; the pink city of Rajasthan, Jaipur; and Agra, the city of the Taj Mahal. You'll be immersed in exceptional architectural heritage, royal traditions, and Hindu customs. The South of India will take you to green and water-lined landscapes such as the Backwaters of Kerala, and tropical beaches, where a more Christian influence reign. More Hindu culture will be found in the eastern part of the country, in Tamil Nadu with its many colourful temples.

Hikes in the Himalayan mountains, in Ladakh, or a tour in the eastern part of the country could be a completely new itinerary. It’s up to you!

India represents 3 years of my life, my very first expatriation, a real emotional and cultural experience that enchanted me! Considering both the size and the diversity of India, it is almost like a continent itself. From the Himalayan range to the green landscapes in south, you will definitely find what suits you. Regarding the history and culture, we immediately think of the palaces in Rajasthan, for the nature lovers, we follow the tigers footsteps in Madhya Pradesh and its national parks. Travelers eager for wide open spaces, you will be charmed by the Himalayas, and you will have only one desire, come back to do another trek. Finally, Kerala is perfect for slow tourism, between a cruise in the backwaters on a houseboat and Ayurvedic care. I personally recommend visiting this country, think beyond the stereotypes and contact us as soon as possible to plan a trip of the 5 senses. 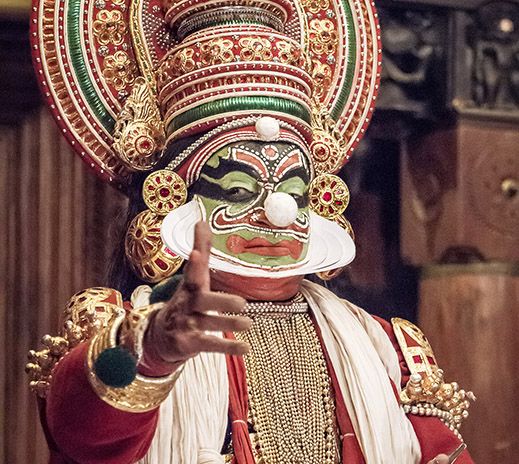 Discover a unique destination, as beautiful as incredible where the Hindu culture is still very stro... 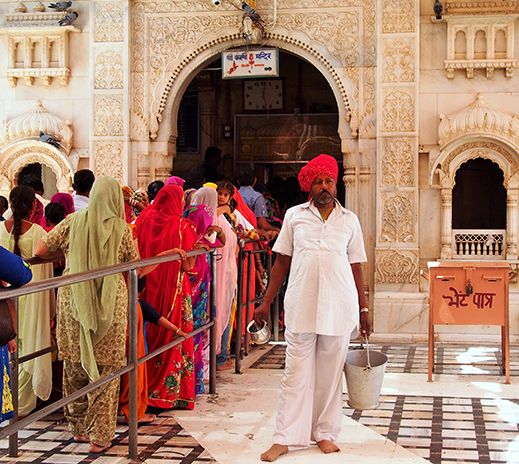 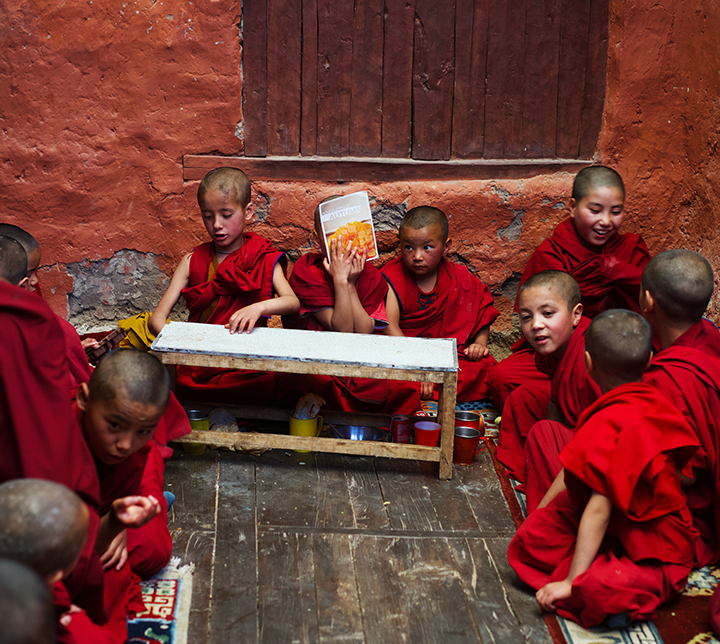 On the edge of the Himalayas, Ladakh is a precious place, almost like an unreal beauty in the middle...

Q  When is the best time to travel?

India is so vast that it's almost like a continent, with big climate differences from one region to another. Overall, it is most pleasant to visit between October and February when the weather is cooler and drier. India has a tropical climate with two seasons- a dry season that peaks from November to December with temperatures averaging 25 degrees during the day and cooler at night. The second season is the "monsoon" wet season from April to September where it is very hot with temperatures of more than 40 degrees and intense daily rainfall.

Q  What are the process and visa fees?

If you are traveling to India as a tourist and plan to stay for 60 days or less, then you may be able to apply for an e-tourist visa depending on your nationality. Your passport must be valid for at least 6 months beyond your date of arrival in the country. The cost and visa processing time depend on your nationality. Visit the Indian government’s website https://indianvisaonline.gov.in for details.

There are two ways to get a visa to India, one with the embassy and the other one online "evisa".

- The regular procedure is mainly managed by private establishments, you have to fill out a form online and submit your application at the consulate or Indian visa establishment in your city. This visa lasts 6 months with multiple entries for most nationalities. The cost and the waiting period for visa processing depend on your nationality: https://www.immihelp.com/nri/indiavisa/india-tourist-visa-fee.html

- The e-visa: If you are travelling to India for less than 90 days, this tourist e-visa is an option (different duration for US, UK, Canada, and Japan’s citizens, check online for more information). The procedure is completely online from the application to the payment. Once you have received your ETA by email, you can arrive in India (international airports) and get the visa stamp. For details visit https://indianvisaonline.gov.in/evisa/.

The climate varies throughout India but the temperatures are relatively high all the year.But don't forget to cover yourself for mountain excursions as well as to visit religious places. Here are some things you might want to consider packing:

- A sweater for cooler evenings or hiking in the mountains
- Sneakers or other comfortable closed-toed shoes
- Socks to protect your feet from the hot ground when you visit temples
- Sunscreen, sunglasses, and a hat
- Mosquito repellent (for skin and for clothes)
- A swimsuit
- A re-usable water bottle (to limit the purchase of single-use plastic bottles)
- A flashlight
- An old cell phone to put a local SIM card, so you can be reachable
- A small first aid kit and your prescription medicines

If you’re hiking a trek:
- Good walking shoes
- Long thick trousers and high socks to cover the bottom of the trousers, to protect you from leeches

It is strongly recommended being up-to-date on universal DTP (diphtheria-tetanus-polio) vaccines. Subject to the advice of your doctor or a vaccination center, the following vaccines are recommended: Typhoid Fever / Hepatitis A-B. It is recommended to get vaccinated against rabies if you stay in the mountains, and against Japanese encephalitis in rural areas (rice fields). In case of an animal bite, clean the wound well and consult a doctor. Since India is a tropical country, there is the risk of mosquito-borne diseases including malaria and dengue fever. There are prophylactic treatments against malaria, but not against dengue, which is why it is important to protect yourself with insect repellents, especially in risk areas such as eastern India.

Q  Is it a safe country?

India is a relatively safe country during the day, however, you have to be careful at night. Trust your instincts. Thieves are often present in crowded, touristy places. To avoid problems, keep an eye on your belongings and use the safe in your hotel room for valuable items. Women can travel alone, but take precautions: dress modestly, be careful walking at night, and be careful around strangers, as single women may be seen as easy targets.

Q  What is the currency?

Euros and US Dollars are accepted at main cultural sites and in large hotels. For local currency, you can exchange money at exchange offices, banks, and hotels. In order to avoid the risks of fraud and limit bank fees, we advise you to make withdrawals via ATMs as this is the most common and simple means of payment.

Q  How can we travel through the country?

Traveling in India, means browse long distances, the most efficient way is by car. For local travel within towns, it is easy to use tuktuks or Uber, just make sure to agree with your driver on the rate of your ride before leaving. In some cities like New Delhi, you may need to bargain heavily to get a good price. Local buses are often crowded and noisy with loud music, but the experience is fun! India is so vast that the most effective and comfortable way to travel the country is by car. Trains are an option too, and something to consider as sometimes you can save time by riding an overnight train.

Q  What are the spoken languages?

Due to its very diverse culture, India has more than a hundred languages and dialects, even though the Indian constitution officially recognizes only twenty. The two national languages are Hindi, spoken by more than 40% of the population especially in the north, and English. Further north, you will find Kashmiri or Urdu, to the east, Bengali, and in the south Tamil, Telugu or Malayalam. A real linguistic wealth!

Q  What are the major Religions and ethnic groups of the country?

There are 8 different religions in India with the majority of the population practicing Hinduism. The others are Buddhism, Islam, Christianity, Sikhism, Judaism, Parsism and Jainism.

You will soon realize that religion is part of daily life in India, and with its conservative trend, especially in the style of clothes, wear appropriate outfits especially in religious places.

Give preference to flip-flops on temples visit days because it will be necessary to take them often off at the entrances of the sacred monuments. Moreover, be careful it can be forbidden to take pictures and videos inside a temple. A couple of other things, when Indians bobble their heads left to right, this means yes. If you want to eat with your hands like the locals, use only your right hand because the left hand is considered impure.

Why travel with Mai Globe Travels?

They Travelled with us

In February 2020, we spent our honeymoon trip in Sri Lanka and Maldives. Mai Globe Travels arranged an amazing trip for us. Let me share with you one of them.

A TEAM OF TRAVEL ENTHUSIASTS AT YOUR SERVICE

FOR AN UNFORGETTABLE, AUTHENTIC TRIP

Your quote in 48 hours

Let us tailor-make your individual itinerary

GET A FREE QUOTE